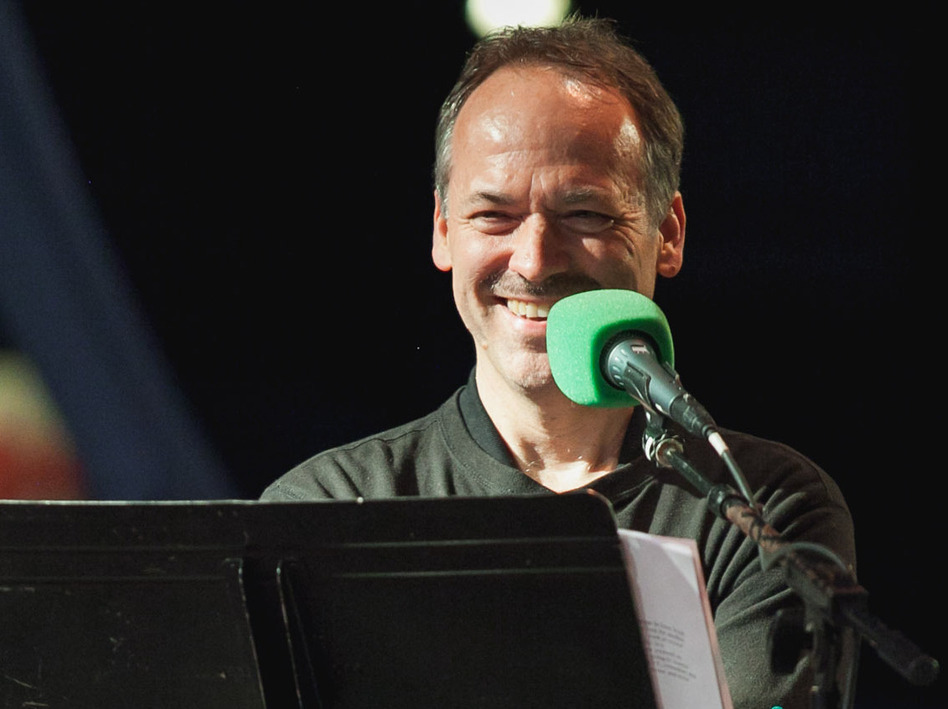 Pleasantville, N.Y. — As crossword puzzle editor of the New York Times, Will Shortz is responsible for 365 crossword puzzles a year. He doesn’t write them all himself—he relies on a stable of freelance puzzle creators—but he is charged with ensuring that every puzzle is at the right level of difficulty and that the clues are fresh and interesting.

Both responsibilities require Shortz to rewrite clues. In any given puzzle, about half the clues are his. As puzzle author David Levinson Wilk explains, the need for originality means an answer like ADAM is clued not with a bland “Biblical man,” but rather with something culturally relevant like “funnyman Sandler” or something punny like “first of all?”

Shortz, an avuncular, mustachioed man of 53, has become famous for his clues. Under the sharp point of his wit, the clue for DERRIERES goes from the predictable “tushes” to the devilish “many moons?” For GRANDMA, the elementary “folk artist ……. Moses” becomes the juicier “she may be off her rocker.” For THEATER, the overly New York-centric clue “Hirschfeld or Schubert, for example” becomes the clever “it has wings but doesn’t fly.”

Under Shortz’ reign, the Times has hauled crossword puzzles into the 21st century, making them more relevant and less formal by injecting answers from pop culture. In the old days, the Times crossword was strictly by the book, and that book was the dictionary. In the 1990s, the Times rejected one of Shortz’s crosswords because it contained the answer BELLY BUTTON, which the editor considered to be of questionable taste.

The best part of the job, Shortz says, is getting correspondence from puzzle solvers. It’s through those letters that Shortz grew to appreciate just how important the Times crossword is to people.

His favorite is the time he got a call from a young lawyer who wanted to propose to his girlfriend through the crossword. Shortz’ first reaction was that it was a preposterous idea. The New York Times crossword was an august institution, a puzzle consumed by a huge global audience. It was no place for dispensing personal favors. But the more he thought about it, the more he realized it could be “very cool.” So he assigned the crossword to one of his regular creators, and coordinated with the boyfriend about when the puzzle would appear in the paper. On the agreed-upon day, the man and his girlfriend went out for brunch, and on the way, they picked up the Times, just as they always did.

At the restaurant, she opened the crossword page, as was her custom, and started doing the puzzle. He pretended to read the front page, but in reality, he was watching her. He’d only slept 15 minutes the previous night. The theme of the puzzle was “A Modest Proposal,” the title of a Jonathan Swift pamphlet. “Oh look, your name’s in here,” she said at a certain point. “Oh, my name’s in here, too,” she said a few minutes later.

One of the answers was THIS DIAMOND RING, a ’60s hit by Gary Lewis and the Playboys; another was WILL YOU MARRY ME, the title of a Paula Abdul song. She looked up. “This puzzle,” she said. “This puzzle!” The moment was right. He got down on one knee and asked for her hand. Her reply, too, was in the crossword, under the clue, “hoped for response.” The answer was YES.

The most offended people ever got, Shortz says, was by a puzzle that ran on the day of the 1996 presidential election. Two of the answers were clued as “lead story in tomorrow’s newspaper!” The second word was ELECTED, and the first word was seven letters. The crossword provoked something like a popular uprising. Shortz got dozens of phone calls. How dare the Times presume the winner of the election? Furious solvers called in accusing Shortz of being biased, presumptuous, wrong, and worse.

The genius of the puzzle was that there were two possible answer sets. An entire section of the grid had bivalent answers. “Black Halloween animal” could be either CAT or BAT; “French 101 word” could be LUI or OUI; “provider of support, for short” could be IRA or BRA. And the answer to the clue about tomorrow’s top story could be either BOB DOLE ELECTED or CLINTON ELECTED. Once the diabolical double solution was revealed, Clinton made a copy and sent it to Dole, after calling him and saying, “We both won after all!”

The goal, says Shortz, is not to stump people, but to make them feel clever and good about themselves. That happens when a puzzler finds that he is “able to do the puzzle but only after stretching himself to his personal limit.”

In other words, answers can be frustrating at first, but should pay off in the end. “Your first reaction can be, ‘I can’t do this,’ ” says Shortz. “But when you get the answer, it should be one that makes you nod, smile, slap your forehead and say, ‘What was so hard about that?’ ”

This article appeared on page E-1 of the San Francisco Chronicle. View the original article.