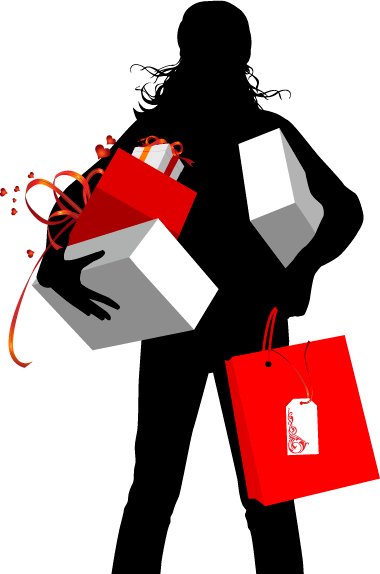 You Are What You Buy: Examining the psychology of personal consumption.

In 1942, as the United States was entering World War II, the Office of Strategic Services — the precursor to today’s CIA — was scrambling to find promising spies to go behind enemy lines. One of the aptitude exams it developed was the Belongings Test, in which candidates had to draw conclusions about a man based purely on items in his bedroom: clothes, a timetable, a ticket receipt.

Sam Gosling, an associate professor of psychology at the University of Texas at Austin, has made a career of studying how such clues illuminate personality. His premise is that our personalities seep out in everything we do and that expert snoopers can draw remarkably accurate pictures of us by examining the traces we leave behind.

Gosling’s conclusions are supported by rigorous academic research, but his engaging book is aimed at a popular audience; he presents it as a field guide to the “special brand of voyeurism” he calls “snoopology.” Few readers may actually rummage through their neighbors’ garbage in search of what Gosling dryly calls “behavioral residue,” but Snoop’s conceit makes for an entertaining tour of how people project their inner selves outward into the world.

Some clues come from explicit, deliberate identity claims, like the Malcolm X poster on your wall or the crucifix over your bed. Others, like the songs you download or the coffee cup you throw away, are what psychologists call “seepage,” messages that leak out beneath your notice.

The trick to decoding a person’s space is knowing what to look for. Offices with plants, knick-knacks and symbols of friends, family and pets tend to belong to women; men display more sports items and symbols of their achievements. Rock fans are less friendly, more artistic and more anxious than fans of religious music. Extroverts offer comfortable chairs and bowls of candy as “bait” to lure people into their offices, while difficult people wind up on the remote fringes of the workplace.

This may seem like just common sense, but it’s not. We think people with messy, disorganized bedrooms will be unpleasant, but we’re wrong. We incorrectly assume people whose rooms are highly decorated and cluttered are more extroverted. We make similar errors in judging people directly: We expect timid, grumpy-looking people with weak voices and halting speech to be anxious and easily upset, and we expect self-assured, smiling, stylish people to be open, imaginative and curious. But neither expectation is accurate.

On a date or job interview, you may succeed in presenting a misleading impression of yourself. But since the gradual accumulation of clues in your living space is hard to fake, snooping can yield a penetrating portrait. And that, says Gosling, is perfectly okay, because though we try to put our best selves forward, most of us, in the end, want to be known not for who we wish we could be, but for who we are.

Of course, one of the main ways we carve out our identity is by consuming. We surround ourselves with things that reinforce our conception of who we are, purchasing not just the objects we need but also symbols that help us articulate our personal narratives. That’s why Ramones T-shirts outsell Ramones albums 10 to one and why, Rob Walker asserts, 75 percent of Viking’s ultra-high-end kitchen ranges are never used.

In Buying In, Walker, who writes a consumer behavior column for the New York Times Magazine, makes a startling claim: Far from being immune to advertising, as many people think, American consumers are increasingly active participants in the marketing process. True, we’ve grown skeptical of traditional advertising, the clumsy, crass kind in which someone on Madison Avenue thinks up a soft-drink jingle and broadcasts it into ubiquity. And it’s true that TiVo and the Internet have given us more control over the advertisements we see.

But Walker leads readers through a series of lucid case studies to demonstrate that, in many cases, consumers actively participate in infusing a brand with meaning. Consider the iconic mouthless cat known as Hello Kitty, used for marketing clothes, toys and bandages by the Japanese company Sanrio. She has no personality because the company painstakingly avoids defining her character, Walker says. The key to the mega-brand’s success, he suggests, is ensuring that Hello Kitty remains an ambiguous symbol, a blank slate on which buyers can inscribe whatever meaning they want, from nostalgia to camp to subversiveness.

For the same reason, the makers of Red Bull never claim anything specific about the highly caffeinated drink’s special ingredient, taurine, or which powers of athleticism, mental acuity or virility it supposedly bestows. They prefer marketing campaigns that promote the brand’s “personality” by sponsoring such extreme sporting events as kiteboarding to Cuba, kayaking over waterfalls and street luge.

Or consider how the Pabst Blue Ribbon brand was hijacked by young, anti-corporate types. PBR’s fan base grew not from aggressive marketing, Walker says, but from the lack of it. Long neglected, PBR had virtually no image at all, which helped make it an underground darling among people who attached a blue-collar, honest-workingman, anti-capitalist ethos to the brand.

Walker’s analysis breaks down in places. He can’t fathom why people would pay more for a Viking range or an iPod when competing products are cheaper. Most iPod buyers have never heard of such features as “Smart Playlists” and thus, he concludes, do not understand “all the functions that they paid a premium to obtain” — as if those functions, and not the device’s sleek form, are what drew 100 million purchasers. He considers the notion that people can pay for aesthetic pleasure but then dismisses it, saying it sounds more like a “rationale” than a rational choice. He’s likewise baffled by why anyone would buy Method’s leaky but beautiful, hourglass-shaped bottle of dish soap. Since we don’t parade around town impressing others with elegant cleaning products, there’s no “purely rational defense” for buying one, he says, seemingly oblivious to the possibility that we can rationally spend money on aesthetic pleasures we will enjoy alone.

But his major argument is convincing: In this new era of participatory marketing, many brands’ meanings — once crafted and maintained from atop the peaks of corporate hierarchies — now originate from consumers. We once feared an Orwellian future in which big, scary corporations secretly manipulated our thoughts and desires. But commercial influence has become an open-source project. “We have already met the new hidden persuaders,” writes Walker, “and they are us.” ·