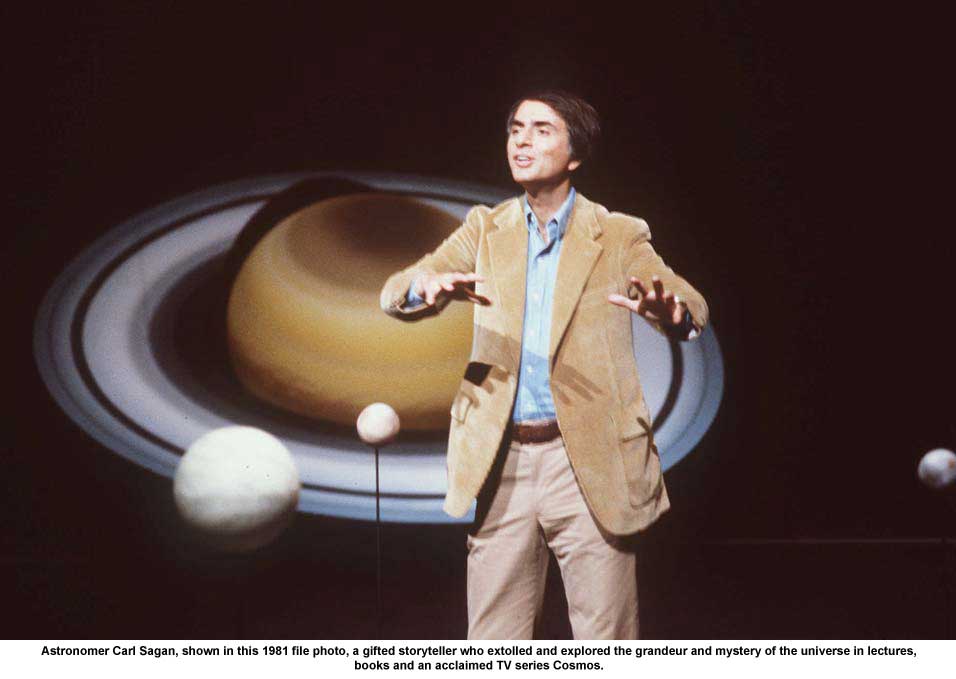 After Voyager 2 passed Neptune, I got a chance to do something I had wanted to do for many years: turn the cameras around and photograph the distant Earth…

I look at that picture and I see a pale blue dot. One pixel, one picture element, just a dot. I think, that’s us. That’s our home world. Everybody you know, everybody you love, everybody you’ve ever heard of, everybody who ever lived, every human being in the history of the universe lived on that blue dot. Every hopeful child, every couple in love, every prince and pauper, every revered religious leader, every corrupt politician, every ethnocentrist and xenophobe, all of them there on that little dot.

It speaks to me of fragility and vulnerability, not for the planet, but for the species that imagines itself the dominant organism living as part of a thin film of life that covers the dot. It seems to me that this perspective carries with it, as does so much else we know, an obligation to care for and cherish that blue dot, the only home our species has ever known. —The Demon-Haunted World